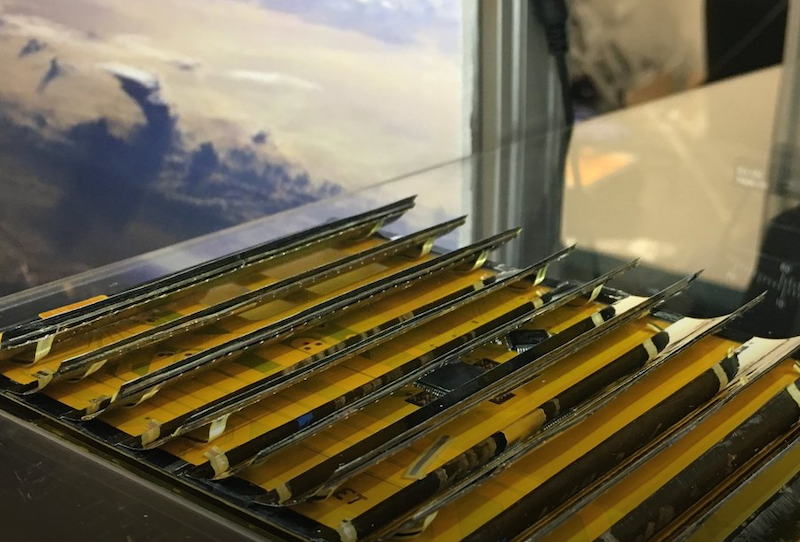 Caltech is announcing that Donald Bren, chairman of Irvine Company and a lifetime member of the Caltech Board of Trustees, donated over $100 million to form the Space-based Solar Power Project (SSPP), which is developing technology capable of generating solar power in space and beaming it back to Earth.
The donation was made anonymously in 2013, but the gift is now being disclosed as SSPP nears a significant milestone: a test launch of multifunctional technology-demonstrator prototypes that collect sunlight and convert it to electrical energy, transfer energy wirelessly in free-space using radio frequency (RF) electrical power, and deploy ultralight structures that will be used to integrate them. For further information see the IDTechEx report on Energy Harvesting Microwatt to Gigawatt: Opportunities 2020-2040.
Donald Bren first learned about the potential for space-based solar energy manufacturing in an article in the magazine Popular Science and in 2011, he approached Caltech's then-president Jean-Lou Chameau to discuss the creation of a space-based solar power research project. In 2013, he and his wife, Brigitte, a Caltech trustee, agreed to make the donation to fund the project. The first of the donations that now exceed $100 million was made that year through the Donald Bren Foundation, and the research began.
"Donald Bren has brought the same drive and discipline that he has demonstrated with master planning communities to the Space Solar Program," says Caltech President Thomas F. Rosenbaum. "He has presented a remarkable technical challenge that promises a remarkable payoff for humanity: a world powered by uninterruptible renewable energy."
Donald Bren is best known for master planning and master building the all-new City of Irvine, regularly named one of America's greenest cities. He has led Irvine Company's effort to permanently preserve more than 60 percent (57,500 acres) of the Irvine Ranch property along the California coast.
"I have been a student researching the possible applications of space-based solar energy for many years," says Donald Bren. "My interest in supporting the world-class scientists at Caltech is driven by my belief in harnessing the natural power of the sun for the benefit of everyone."
SSPP aims to ultimately produce a global supply of affordable, renewable, clean energy. A key benefit of harnessing solar power from space is that it provides access to the sun to create power all day, every day, free from weather constraints or darkness of night.
The project's first test, which will occur in early 2023, will launch technology prototypes for the solar power generators and RF wireless power transfer, and includes a deployable structure measuring roughly 6 feet by 6 feet. The Brens have no financial stake in the project and will not benefit financially from any technology that is created.
The Bren's gift has allowed researchers to overcome many early hurdles and funded the hiring of doctoral students to work on the project with a five-year commitment, notes Sergio Pellegrino, Caltech's Joyce and Kent Kresa Professor of Aerospace and Professor of Civil Engineering and co-director of SSPP. Pellegrino is also a senior research scientist at JPL, which Caltech manages for NASA.
"Solar energy is the world's most abundant energy resource. However, sunlight is intermittent at the earth's surface. This ambitious project is a transformative approach to large-scale solar energy harvesting for the Earth that overcomes this intermittency and the need for energy storage, since sunlight shines continuously in space," says Harry A. Atwater, who is an SSPP researcher, Otis Booth Leadership Chair of the Division of Engineering and Applied Science and the Howard Hughes Professor of Applied Physics and Materials Science, and director of the Liquid Sunlight Alliance.
Source and top image: Caltech